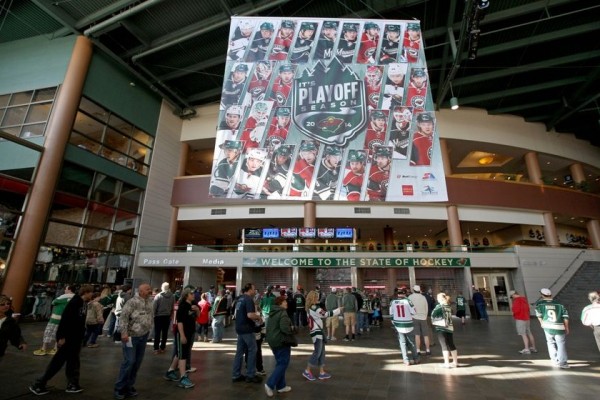 When asked why we work in sports, many in the industry will say the same thing: for the thrill of the game. And it doesn’t get much more thrilling for a professional hockey organization than the Stanley Cup® Playoffs. This is when my love for interior decorating meets my daily desk job – only instead of merely decorating a home for the occasional guest, I get to decorate Xcel Energy Center for 19,000+ rabid fans. And it’s awesome.

Over the years, materials and techniques have changed. For the 2008 playoffs, the installers used a mesh-type fabric and velcro to affix the giant signage to the outside of the building. Fabric banners were also used inside as well to drape over facades and cause minimal damage to the underlying paint. Now, with stick-on vinyl sheeting promising easy, mark-free removal, that’s the way to go. And with photo-realistic printing on the vinyl, the sky’s the limit on what can be achieved. 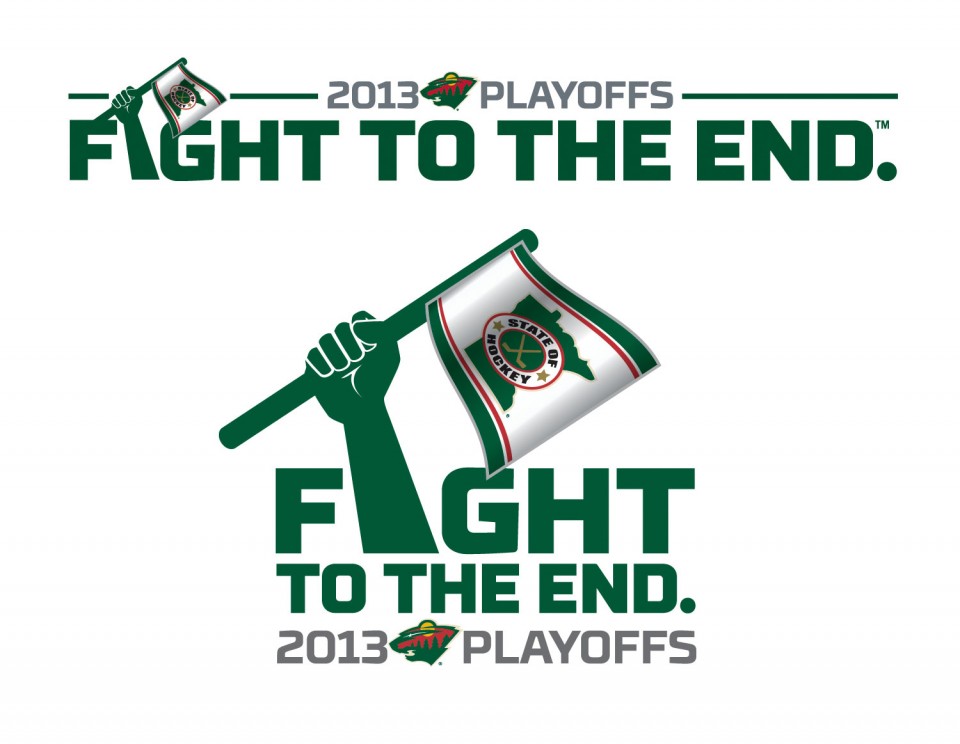 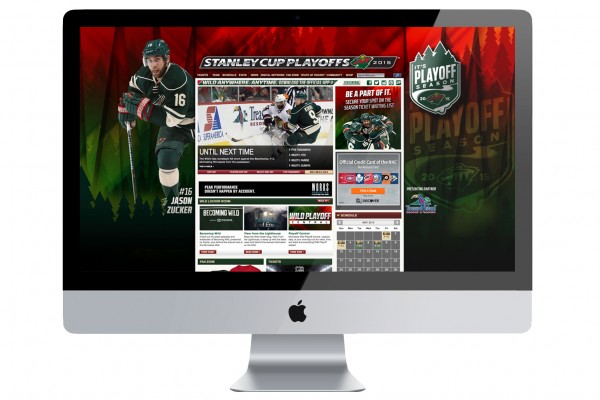 From the towels placed on every seat to the signage wrapping the building and interior facades, to our online web presence, the playoffs give our creative team the opportunity to break out of our current branding for the year and come up with something new and different. For 2015, we went with the “It’s Playoff Season” theme from the previous year, however we came up with a more dramatic red/green background and sliced elements to give it an edgier effect overall.

But perhaps the biggest rush I get is helping to write the It’s Playoff Season “Manifesto” monologue for the opening video played before the game. Here’s the one I did for Round 2 of the 2014 Playoffs vs. the Blackhawks.

Note: I can only take credit for the words. The rest of the spectacular video is compiled by our talented game presentation staff:

And here’s the It’s Playoff Season “Manifesto” I wrote up for 2015 Round 1 – Game 6.
Note: It’s only the monologue in the beginning.