As an organization, the Wild prides itself on having some of the best fans in the NHL. So I figured why not give some of our youngest supporters a chance to be “stars” on our 2013-14 season tickets! We contacted schools throughout the state via email campaign – and put the word out through social media –  that we were looking for kids in grades K-12 to submit artwork along with an essay describing “what hockey in Minnesota means to me” for a chance to be on our tickets. The response was incredible. The hardest part was choosing the lucky 41 artists! Of all the years I’ve been putting together the season ticket book, this was by far my favorite to assemble – and it has received rave reviews from our fans and season ticket holders. This truly is the State of Hockey. 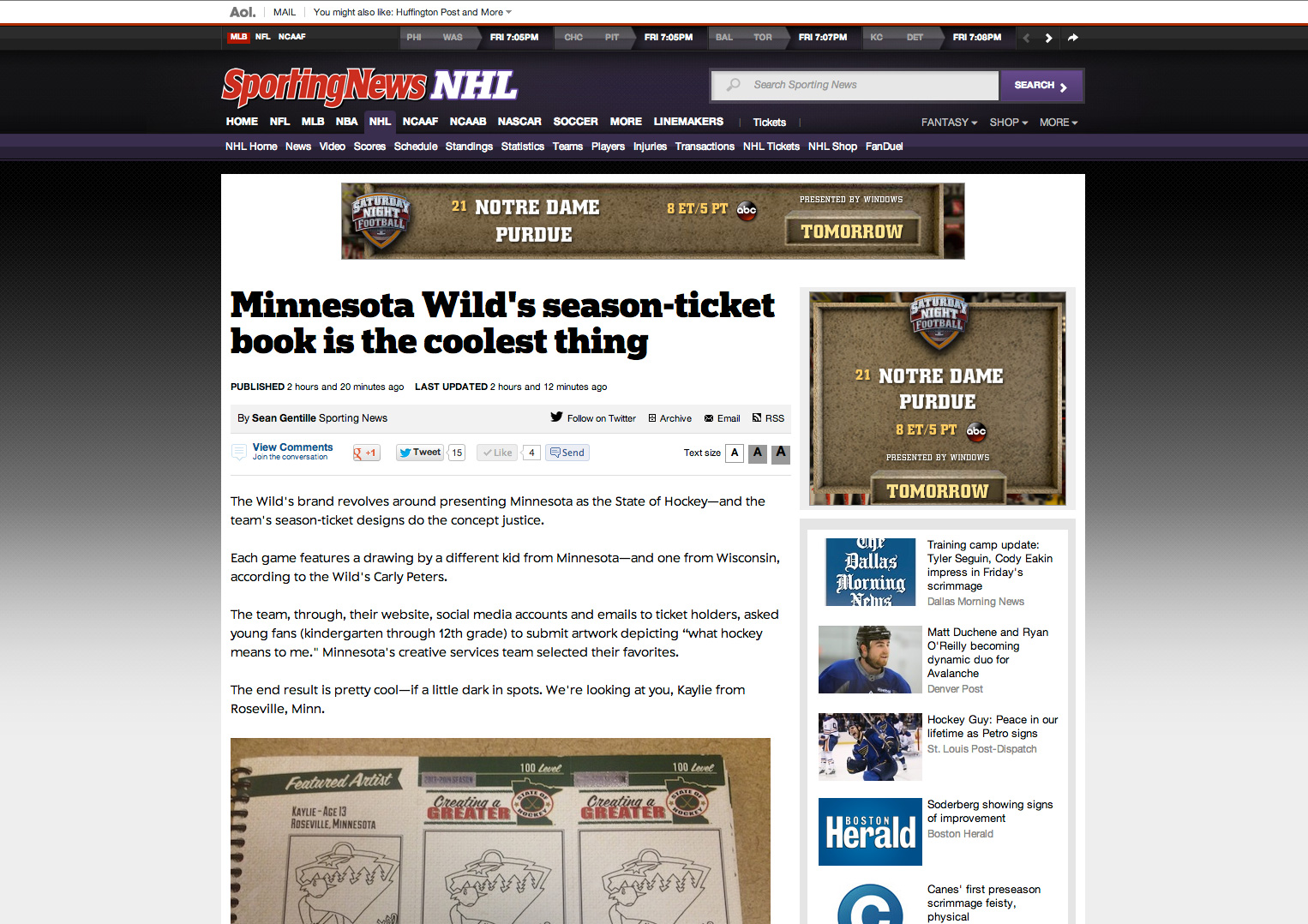